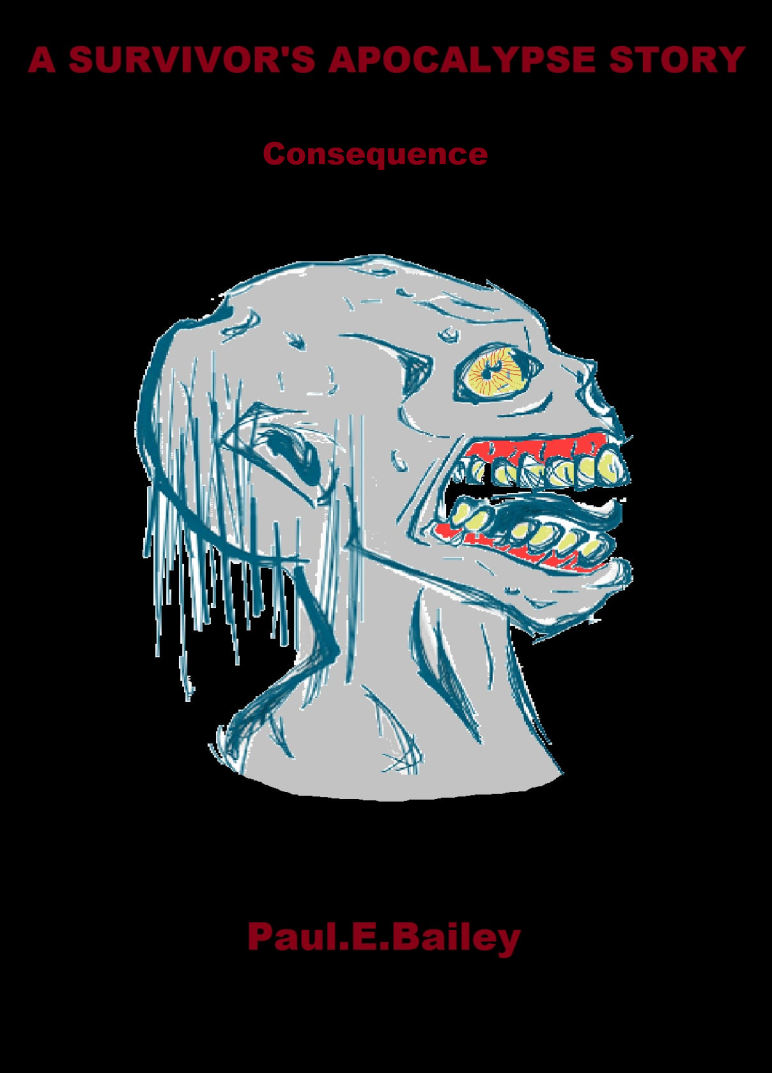 Click the link to catch up with ASAS: Consequence–Chapter One.

There were expectant looks as Ryan walked through the room in which his incarcerated group were holed up. He took his seat on the ground next to Georgina and gave her a kiss on the lips with a reassuring smile.

“It was a productive conversation. I’d say our chances of coming out of this alive have improved.”

“I just filled in a few blanks.”

“Such as?” Jay prodded further, his eyes narrowing.

“I told him about you guys being ex-military. Might have mentioned Georgina’s immunity and the docs working on a vaccine too.”

“I had to give him something. He could have killed us all otherwise.”

“You played all of our wildcards you stupid bastard! There’s literally no chance he’ll allow us to leave now!”

“No, he may allow us to join him instead.”

“Join him? Who here has even hinted they want to join him at any point?”

“Better that than be forced to live out there with no vehicle, no weapons, and no provisions. I’d give the docs maybe a month in that circumstance before they were all dead—or undead! Think bigger picture, Jay.”

“All I’m thinking right now is that I was a cunt ever to trust you! You’re a snake through and through. Don’t make out that you had the group’s best interests in mind here; you only had your own.”

“Pull your head out of your overgrown, brawny arse! Survival is all that matters here. Pride, honour, all of that kinda shit died as soon as New Black Plague went viral. We do what we have to do to survive. If that means joining those who we can’t beat then I’ll take the common-sense route every time.”

“You’re a piece of shit, Ryan!” Callum, one of Jay’s men, interjected.

“Who asked you, minion?”

“He’s right; you are,” Georgina muttered.

“I genuinely thought you’d changed; you haven’t. You’re still completely out for yourself.”

“Well, I thought you’d changed too, but you’re still too busy using your heart for thinking rather than your head!”

“At least I have a fucking heart!”

“You lot are completely messed up in the head! I might have just saved our lives and you’re pissed off at me for it! Kas, what’s your take on this?”

“Nah, boss! I ain’t even getting involved,” Kas said with his hands held dismissively up.

“There would have been a way out of this,” Jay started again, “had we taken the time to think everything through. You couldn’t help wading in and acting like the one with all the answers. Stupid of me not to think your ego would screw everything up!”

“Fuck you, Jay! And fuck the rest of you too! You pricks always sit around thinking when it’s time for doing. I didn’t make it this far by sitting on my arse letting things happen. Someone had to take control when you were all too scared to do so.”

Jay had heard enough. He quickly rose to his feet and was ready to attack Ryan until the combined forces of Kas and Dylan, the other of Jay’s team, just about held him back from doing so. Ryan was up on his feet too and grinned mockingly. The pair shouted obscenities at one another while the others attempted to diffuse the situation.

As the commotion went on, the group failed to notice that the door had opened and Sharkey, flanked by two of his men, had entered the room. They looked on with amusement at the scene unfolding before them for several seconds before Sharkey decided to intervene.

“I leave you’s alone for five minutes and all hell breaks loose!”

Everyone stopped what they were doing and went silent as they looked at Sharkey. Jay’s breathing was short and shallow as the fury persisted in his body. Ryan was still smiling; he and Sharkey exchanged knowing glances. Sharkey knew only too well what the kafuffle was all about.

“You’ve got a sensible man on your hands here, Jay. Bit of a gobshite, but no one’s perfect.” Sharkey stepped towards Jay. “You, on the other hand, are a fuckin’ mug! Did you really think I wouldn’t find out about your medical scientists and all their research eventually?”

“Loyalty means more to me than bargaining for leniency,” Jay spat.

“You’d have sooner seen everyone dead than give up your secrets?”

“Better dead than giving someone like you more power!”

“So quick to judge, Jason! I’m a nice guy; really! Once you get past the fact I’ll happily feed people who cross me to—what did you call ‘em, Ryan? Lurchers?—you’ll find I’m a sweet and sensitive bloke.”

Jay’s jaw hurt due to the tension of having clenched so tightly yet was unable to relax it. He wanted to hurt Sharkey; he wanted to hurt Ryan. The feeling of his hands being tied, whether metaphorically or physically, wasn’t one he liked.

Sharkey looked around the room with deadpan seriousness etched on his face. “The medical scientists: I’ll be givin’ you access to your equipment again and you’ll carry on workin’ on your vaccine as before.” He pointed at Georgina. “Is this the immune one?”

“Pretty little thing, aren’t you? Don’t worry. I’m not as amoral as I might appear. Violence towards birds is somethin’ I feel strongly against. Probably summat to do wi’ watchin’ my dad beat and rape me mam as a kid. You’ll be looked after as long as you do as you’re told.”

Georgina offered Sharkey only her trademark smouldering gaze in response, something that he was too macho to admit unsettled him.

“As for t’rest o’ you, I know you’re all ex-military apart from Ryan, so I’m gonna give you this one opportunity t’join us. You’ve apparently held down a rebel safe zone in t’past. I’d imagine t’drill’s pretty self-explanatory. The town down t’hill’s ours and we all work to keep it that way. Supplies and resources are good for now; that doesn’t mean you won’t be sent out to salvage other stuff and round up people you find. The useful ones get given jobs; the useless ones die! It’s that simple. Families wi’ young kids get left alone, not that we’ve encountered any o’ those. If you wanna join us then speak now.”

“I’m in,” Ryan volunteered without hesitation.

Sharkey looked at each of the others in turn. He hid his irritation that none of them said a thing. “C’mon! Don’t be fuckin’ retarded! Your virtue ain’t gonna serve you here.”

“Alright. I’ll join you,” Kas said after another short silence.

Jay’s mouth dropped open in disbelief. “Kas! Are you fucking kidding me?!”

“Why are we resisting, Jay? What point are we even making?”

“The fact that we stick together and don’t sell out!”

“Sorry boss. As much as I love you, I agree with Ryan on this one. He was right to tell Sharkey everything. You were happy to play Russian roulette with our lives; that’s pretty shady if you ask me.”

“You’re the one man I was supposed to be able to trust above all others. You were supposed to trust me! You’re a traitorous, backstabbing fuck just like Ryan and I won’t forgive you for this!”

Kas shrugged his shoulders as he walked towards Ryan and shook his hand. “I’ll get over it!”

Sharkey chuckled. “Friendships needn’t end on account o’ your pride, Jay. Kas is right; your resilience is only you puttin’ everyone’s lives in jeopardy. You sure you can’t be tempted?”

Jay glared evilly at Sharkey. “Not on your life!”

“Ooh, scary! What about your other two mates?”

Both Callum and Dylan shook their heads; they were prepared to stand by Jay whatever it cost.

“Have it your way,” Sharkey said nonchalantly. “Ryan and Kas, welcome to t’team. The rest o’ you’s, I guess you’ll have to wait and see what’s in store.” He signalled for Ryan and Kas to follow him as he left the room.

Ryan was the last one through the door. As he closed it, he locked eyes with Jay; the murderous intent was strong in the gaze of the tall blonde man. He then looked towards Georgina, whose face read only bitter disappointment. It was inconsequential. As had become his modus operandi, survival had to take precedence no matter what the cost.