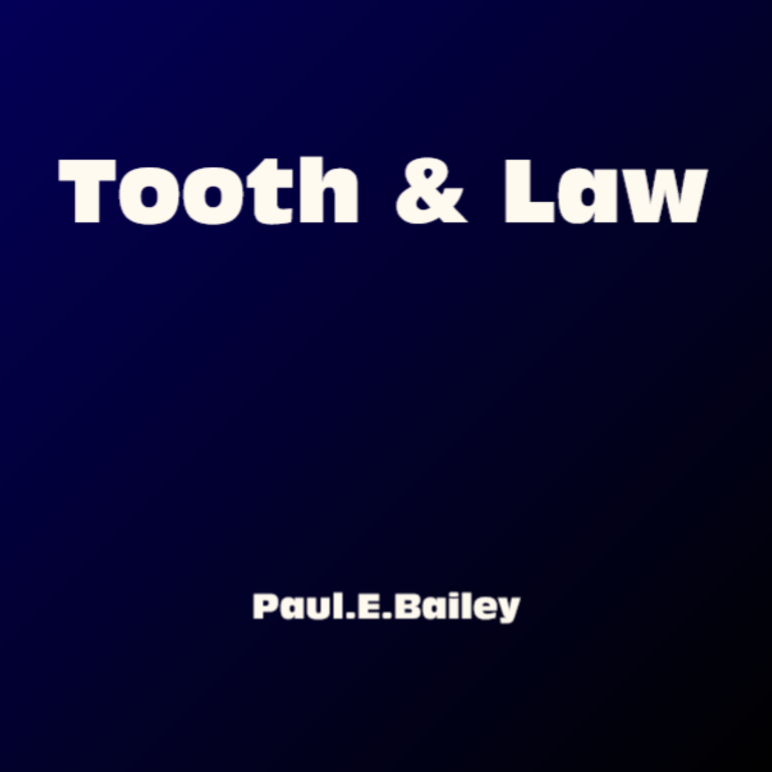 Officer Jim Mulhern crept along with his weapon drawn. No matter how quiet he attempted to be, the sound of crunching leaves and twigs was unavoidable. His partner, Darnell Frost, was having the same issue.

“We know you’re out here,” Frost called. “All we want is to ask you a couple of questions.”

Mulhern was slightly aggravated that Frost had chosen to shout, though the noise from their footsteps would have given away their presence.

Even in the daytime, the woods were a creepy place, especially for a couple of city slickers like these two policemen. Neither had any inkling as to why they were assigned this particular duty; in their minds, it would have made more sense to send a patrol from one of the nearby shitsplat towns who knew the rural areas better.

“You’ll make things a lot easier for everyone if you just show yourself,” Mulhern said aloud.

“How, pray tell, does it make things easier for me?”

The reply reverberated through the trees, causing both men to start and raise their weapons.

“Make yourself visible and we can talk it over.”

“Oh no. The way I see it is I have nothing to answer to where the law is concerned. I’ll come out when you tell me what you want.”

“We need to ask you some questions about the disappearance of a David McGee.”

“Come now, Mr Rivera,” Frost said irritably. “Your address was his last known whereabouts. His car was outside your home.”

A wild and unkempt man stepped from behind a nearby tree and laughed teasingly. “Oh, him? The man who trespassed on my property and threatened to take my home from me if I didn’t pay what I owed? He fled the moment I warned him not to piss me off!”

“He hasn’t been seen since.”

“Why would that be my problem?”

“If a man chooses to go running off into the countryside, I’d say that was suicide.”

“For what reason would a man run off into the woods rather than back to his own car to escape?” Mulhern was getting irritated. “You’re going to have to come with us and answer a few questions down at the station.”

“Are you going to arrest me? If so, under what charge?”

“We don’t have to arrest you unless you fail to comply,” Frost answered.

“I see no good reason why I must come to the station with you. I can answer your questions right where we are.”

Mulhern raised his pistol again. “You’re starting to piss me off Rivera!”

Frost stepped ahead of Mulhern and spread his arms. “Surely, you can see how suspicious this looks. We have an obligation to question people in a missing person scenario. I can empathise with how you must have felt. You’ve been living out here a few years in perfect isolation when, out of nowhere, some IRS inspector comes a-knocking, saying you owe money. I’d have felt angry too.”

“You want me to confess to the murder of David McGee… right?”

“We want to know what happened. If you murdered him then a confession makes things easier on everyone.”

“You’ll be arrested and punished to the full extent of the law. Your sentence may be less severe if you plead guilty.”

“What if I were to tell you I didn’t murder him? That I was only an accomplice?”

“Stop the fucking games!” Mulhern yelled. “Get your ass to the car!”

A snarling sound made itself heard no sooner had Mulhern finished his ranting and both of the police officers turned their heads in the general direction of it. The sight of a grey wolf caused them to swing their weapons that way. Then the sound of creeping footsteps behind made them sweep around again. In less than ten seconds, they realised a full pack of wolves had them surrounded on one side while the largest of them appeared at Rivera’s side.

Rivera ran his hand through the fur on the wolfs neck and head, which caused the animal to close its eyes and loll its tongue slightly in satisfaction. “The game has been ongoing since you made the stupid decision to leave your car and start to look for me.”

“Mulhern…” Frost muttered through gritted teeth, unknowing of which way to point his gun.

“I don’t know what your big idea is here, but I suggest you put a stop to it!”

The large canine by Rivera’s side started to join in with the barking and snarling. The other six were inching their way closer to their prey.

A smile spread wide across Rivera’s face. “It took me to befriend wolves to realise how much more useful and loyal they are as allies than humans ever were.”

Mulhern fired a shot into the air to warn the beasts away—it was a bad move! Forwards they leapt, three attacking Mulhern and four on Frost. The latter got a shot away that hit only thin air. Both men were grounded. Once that happened there was only one viable outcome. Each man’s throat was gripped by needle-like teeth. The more they struggled the deeper the teeth burrowed.

All the while, Rivera watched on with laughter as clothing and flesh was torn mercilessly. He knew there would have been immense suffering for the officers in their last moments; that really wasn’t any of his concern. They had made their choice—a poor one—and had suffered as a consequence of that choice.

The job was done. No doubt more men would show up when these two failed to report back. It was time to go—for good. This place had become too dangerous for Parker Rivera. It concerned him more that he may have endangered his wild canine friends too.