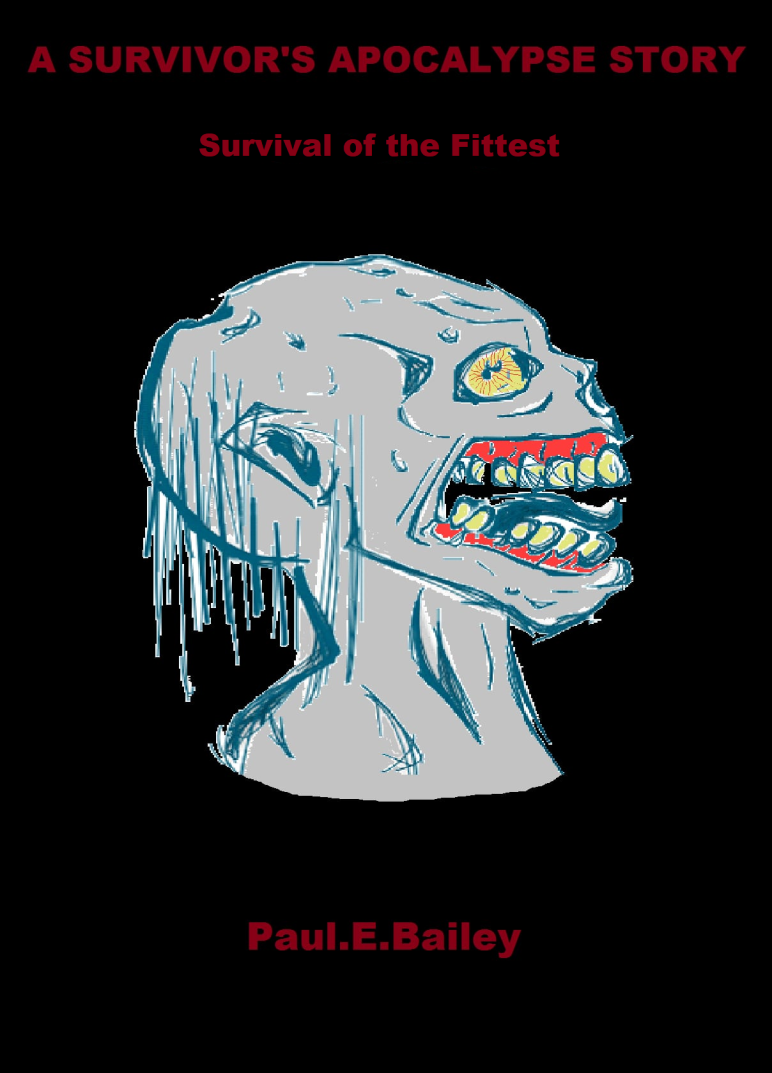 It was extremely fortunate that Ryan and Kas recognised the path they’d walked along a few days earlier. An orienteering sign with a gnarled tree trunk stump nearby was the giveaway. From that point they knew the town was only an hour’s walk away or so.

The number of lurchers had reduced greatly since Ryan’s big battle and they’d been able to reduce their pace, much to the delight of Kas. Behind them they could hear the noises of their undead foes and Ryan couldn’t help wondering what they might have been doing now. He was suspicious of a full-scale onslaught on the town. It sounded as though the lurchers were communicating a message loudly amongst each other. Either that or he was seriously overthinking things.

They eventually burst through the trees and into the town, relieved to be back in the relative safety of brick-and-mortar structures. The hotel soon appeared.

Callum, one of Jay’s men, noticed them on approach. “Thank fucking God!”

Kas patted Ryan on his back. “Never mind God; thank this man!”

Kas and Ryan looked at one another and the former offered an almost imperceptible nod before looking back at Callum. “He didn’t make it. The lurchers got him.”

Callum grimaced. “Ah shit! You’d better get inside and talk to Jay. He’ll be happy to see you both.”

The two men went inside the hotel and into the bar area where a few people, including Jay and Georgina, were milling around and chatting idly. All looked extremely pensive. Ryan loudly cleared his throat and everyone looked up.

Georgina jumped up from where she was sat. “Ryan!” She ran over and threw her arms around him. “I knew you’d come back. I just knew it!” The tears of relief flowed from her eyes.

“If I could count on one person not to give up on me it’s you.”

Jay wandered over to Kas and took his friend in a bear hug. He then offered a fist-bump to Ryan who was still getting smothered gratefully by Georgina. He allowed the happy reunion to endure for a minute or two, though he was desperate for a debriefing. He urged Ryan and Kas to follow him to a private room where they all sat together.

“I can’t tell you how relieved I am to see you both back here.”

“Believe me, we’re more relieved than you are,” Kas responded.

“What became of Keith?”

“You’re not going to believe this,” Ryan started. “The lurchers set a trap. Keith walked straight in.”

Jay laughed for a moment until he saw a deadpan serious nod from Kas and immediately stopped. “I’m sorry; the lurchers did what?”

“A lurcher stood alone. As Keith approached, it started making weird noises, noises I’ve never heard from them before. Next thing, a whole bunch of the fuckers appeared from out of nowhere and tore Keith to pieces. Ryan and I were lucky to make it out alive.”

“You’re actually being serious aren’t you?”

“Where have you been the past few days?”

“We found a shack not far from where the lurchers attacked,” Ryan answered. “We stayed there for a bit because Kas took a nasty whack and came over feverish.”

“Ryan saved my arse more than once, boss. I owe him my life.”

“I just did what I’d do for anyone.” Ryan was amazed he was able to keep a straight face as he said it.

Jay smiled with tight lips. “We lose a good man in Keith. Our way forward is much more difficult without him. I’m at least grateful that I have my most important assets back here and safe.”

“Safe probably isn’t quite the word I’d use,” Ryan said in a high-pitched tone.

“The trickle of lurchers coming into town of late is about to become a flood. I say a flood, what I actually mean is a fucking tsunami!”

“The horde followed you?”

“There wasn’t a lot we could do about it,” muttered Kas.

“Did you find anything on your jaunt?” Ryan asked.

“We found the source. Let’s put it this way: if those fuckers are somehow communicating with each other and planning a mass invasion on this town then we’re fucked. It’s that simple.”

Ryan shrugged his shoulders. “I’d say it’s a case of when, not if.

“That gives us two options: either we blow them to pieces en masse and risk attracting the wrong kind of attention in the process, or we pack up our things and beat a hasty retreat.”

“As much as chucking grenades at the undead sounds like fun—and it really does—I think it’d be the wise option to take our leave in these circumstances. As you say, a bunch of explosions only risks us exposing ourselves.”

Jay leaned back in his chair and blew a sigh. Their short-lived stay in the town looked as though it was coming to an abrupt end, quashing his hopes of it being a medium-to-long-term residence for them. He looked at Ryan and Kas in turn. “I guess we’d better tell everyone to prepare for an evacuation.”

“When do we leave?” Kas asked.

“As soon as we possibly can. I’ll give you both a chance to rest up, but I’d say we’ll need to be out of here by tomorrow morning.”

“We should gather up some supplies from town before we go,” Ryan proposed.

Jay slammed his fist down on the armrest of his chair. “I can’t believe we’re in this position again already!”

Ryan raised an eyebrow. “I think it’s something you’d better get used to, Jay.”

18 thoughts on “ASAS: Survival of the Fittest–Chapter Eight”

My Tweets
Join 1,284 other followers