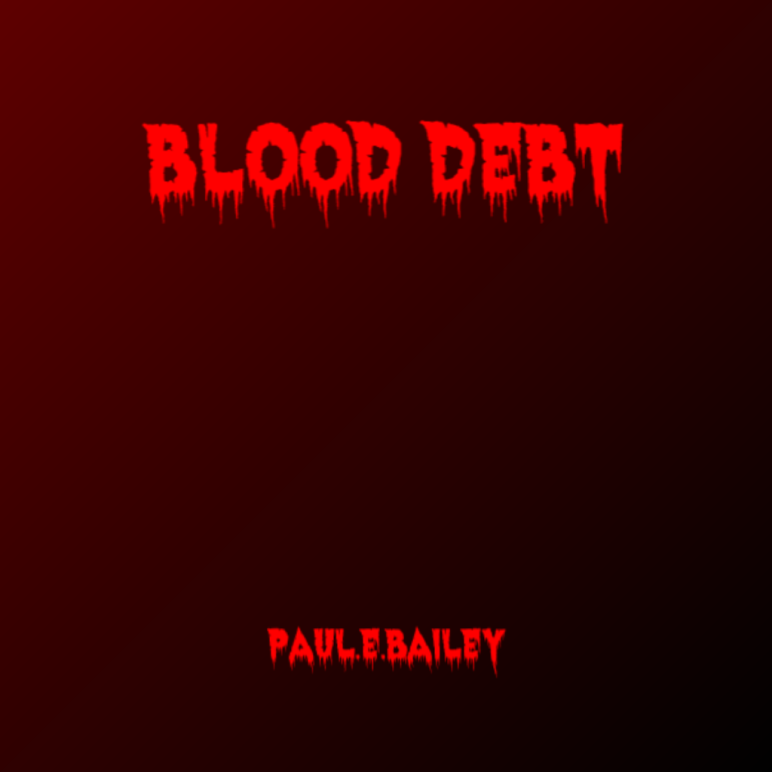 The city had grown to become a tiresome and irritating place for Parker. It was dirty. It stunk. It was crowded. There was very little in way of redeeming features. It was a hellish place to live and work. Even grocery shopping was a nightmare task.

That was why he decided to pack up his things one day and leave. He used the money from the quick sale of his apartment to purchase a cabin in the middle of nowhere. That left him with enough to buy the tools required for sustenance. He grew his own fruit and vegetables and hunted. If he needed new clothing he’d sell or trade some of what he had. This life quickly became the norm.

A few years passed. Parker was unrelatable to the city slicker that had initially turned up. His once manicured side parted hair and cleanshaven face had given way to an unruly mop of dark brown locks that blended into a full beard greying out near the chin. His physical appearance was of literally no concern to him anymore. He rarely saw another human being and that suited him just fine.

One day, Parker sat at his wooden desk in the lounge sharpening his hunting knife when a knock sounded from the front door. He looked up abruptly with a suspicious look on his face. This was a first: an unexpected knock. Nobody ever visited without a prior invite… ever!

He stood slowly, leaving the knife where it was, and made his way across the room to the door. The knock sounded again just as he reached it and he paused with his hand on the knob. Did he even want to answer it?

Without further procrastination, he turned the knob and pulled the door open. There stood a man, dressed head to toe in black, with an officious look on his face and papers in his hand. Parker adorned him with the same judgemental gaze as he was receiving.

“Can I help you?” Parker croaked.

“Is this the residence of Parker Rivera?”

“Who are you and why are you here?”

“I am Parker Rivera. I ask again, why are you here?”

McGee took a look at the documents in his hand before holding one out to Parker. “This is a demand for immediate payment of $6,347.26 in unpaid tax.”

Parker scrutinised the paper in his hand that said very little aside from the fact that money was owed. He looked up at McGee again with an ironically amused grin. “You turn up at my home demanding I give you money with no explanation as to why I owe it. Care to elaborate?”

“As I understand it, you left your previous job without notice having not paid what you owe before vacating your previous address.”

“Hmmm,” Parker said thoughtfully. “I did leave in rather a hurry. I guess it just slipped my mind.”

“As it stands, this bill needs to be settled.”

“And what are the ramifications if it isn’t.”

“The state will take control of your assets to the value of the outstanding debt.”

Parker looked around at the wooden building surrounding him and towards his old, beaten truck that he’d got in exchange for his previous car. “I doubt my assets would amount to half the total.”

“Notwithstanding, the state will look to recoup as much of what is owed as it can.”

“Perhaps you should come inside and we can thrash something out. I’m not sure what I can offer, but maybe a compromise can be reached.”

McGee looked suspiciously past Parker as far inside the cabin as he could.

“I’ll even make us both a pot of coffee,” Parker further offered.

Parker stepped to one side and allowed McGee to walk past him inside his humble abode. He closed the door and wandered over to where a simple log fire burned, hooking a kettle over it. “The coffee was freshly ground this morning. I keep it in the pot and warm it as and when I need.”

“Uh-huh,” McGee muttered as he looked around. It seemed Parker hadn’t lied: there was nothing of value in the place. Everything he could see had some kind of practical use and was either crudely made or inexpensive.

“This tax debt,” Parker began again a couple of minutes later. “Exactly how do we settle it? I’m not a materialistic man, as you can see, and the only money I have comes from what I sell to people. I never sell more than enough to buy myself what I need, which isn’t much.”

“I appreciate that Mr Rivera. Nevertheless, this debt must be settled one way or the other.”

“Suppose I start to sell more of what I grow, make, or hunt: if I trade over a certain value, I’ll be taxed on that. Correct?”

“So, it wouldn’t be in my best interests to sell more of my goods as I’d then leave myself short and have no money as it would all go to the state.”

McGee didn’t respond. His eyes were empathetic as he watched the unkempt man remove the kettle from over the fire and pour two cups of brown liquid. He fought to think of some kind of resolve for the situation as Parker came over with both cups to hand.

No sooner had he said the words did Parker unexpectedly fling the liquid out of both cups into McGee’s face. The tax collector cried with pain as the coffee scolded his skin. He was too consumed with that to really feel both cups Parker had hold of get smashed over his head. Automatically, he stumbled towards the door through blurry eyes and fumbled with the knob; it wouldn’t open.

“Looking for this?” Parker asked calmly, holding up a key.

“Three long years I’ve stayed out here; away from the city and the scum. All I ever wanted was to live a simple life alone without the burden of money or peer pressure. Then you show up and try to take it all away from me. Now I’m going to have to take everything away from you. Let’s see how you like it, Mr McGee!” He picked up his hunting knife from the table next to him and flung it expertly.

McGee brought his arm protectively upwards and prevented the knife from hitting him in the chest. Unfortunately, it embedded itself in his forearm, the tip piercing and protruding through the other side of his arm. He tottered backwards and fell to a sitting position with his back against the door.

Parker’s face remained eerily calm as he went for another implement of torture; an axe for chopping wood this time.

A quick look around revealed there were numerous things McGee could use as a weapon himself. The problem was that he was too stunned by panic to get at them. “You’ll never get away with this!”

“It took you three years to catch up with me. I’m reasonably certain I’ll be long gone before the police begin investigations,” Parker replied confidently. He then swung the heavy axe and it came down on McGee’s brawny left thigh, perilously close to his groin.

Blood splattered everywhere. Parker struggled to remove the axe it had buried so deeply into the leg. He hacked at it again and again until he’d cut clean through and the leg detached itself from the rest of McGee’s body. It was as though he was deaf to the painful wailing and he made reasonably short work of the other leg.

McGee was fading fast through blood loss. He’d turned up here to routinely collect tax debt as he always had. Never in his worst nightmares did he think a call out would see him wind up as a double amputee!

Parker looked down at the sorry sight before him, grinned satisfactorily, and threw the axe away before bending to retrieve the two severed limbs.

“W… what are you doing?” McGee slurred.

There was no response given as Parker carried the legs to a door at the back of the simple abode, worked it open with his elbow, and then stepped outside for a few seconds. When he came back in, he no longer had the legs.

He approached a cabinet and withdrew a cosh. “You might be half-unconscious and legless, but I’d rather you were unable to struggle for the next part,” he said conversationally as he returned to McGee.

McGee looked up into the eyes of his assailant with sorrow and pleading written heavily in his own; he couldn’t see a trace of remorse.

“Try to understand, Mr McGee, that this isn’t personal. You were just extremely unfortunate.” With that, Parker whacked McGee hard across the side of the head with the cosh, causing him to fall sideways with a braindead expression on his face.

Parker pulled the hunting knife from out of McGee’s arm and then proceeded to drag his limp form out of the same door he’d taken the legs. He left the body next to them and then quickly proceeded to climb onto the roof of his house. Once there, he whistled loudly.

McGee just about made out the sound as he willed himself to see what was going on through the pain. Then he heard what sounded like the pitter-patter of animal paws on the ground. Shortly following that was more pain. His senses were all over the place, but the sensation was as though he was being bitten. Was his mind playing tricks or did he register the sight of a canine? What did it matter? He knew he was dead.

From the roof, Parker watched on as the small pack of wolves ate McGee alive, tearing him apart with feverish voracity. He knew they were hungry because the woods had been sparse, his hunting ventures paltry to say the least in recent weeks. The prospect of a free meal was something the dangerous creatures would never pass up.

For a good ten minutes they feasted. Parker climbed down and the wolves immediately jumped back with threatening growls. He did nothing, only stood and watched, his eyes trained intently on what he knew to be the pack leader.

After several enduring seconds, the wolf approached Parker, who dropped to one knee and adoringly petted the long fur on the beast’s neck.

“Good boy. Come back and finish him off later.”

The wolf nuzzled Parker briefly and then returned to his pack. A loud yawning sound seemed to be the signal for them to leave for now and they all slowly trotted off in the direction of the trees.

Parker smiled. It was better they saved some for later. If not then it would be a lot longer before they returned to dispose of the evidence. He looked down to the bloody cadaver indifferently. “I suppose I’d better start getting my things together. Goddamned IRS!”