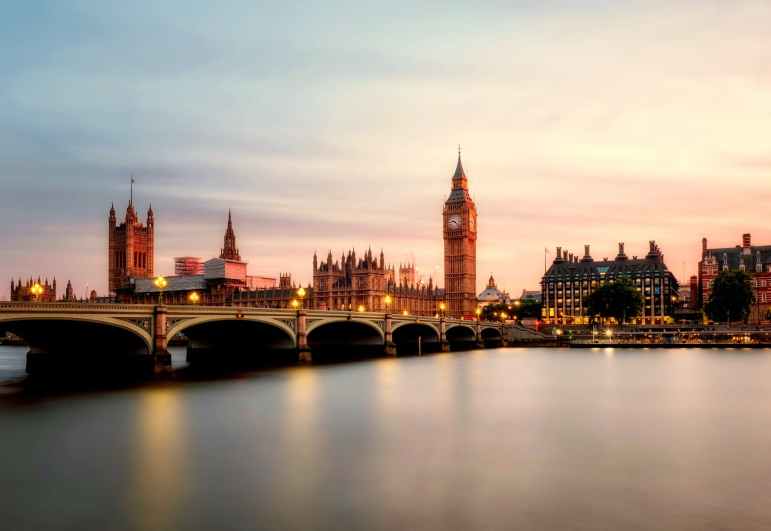 The UK in 2018 is a place of great variation. Walk into Manchester city centre and you’ll be greeted by an array of different faces, creeds, and colours; sights, sounds, and smells. It’s a very British city with a very multicultural heartbeat. There are street markets serving all kinds of food from around the world. You hear a multitude of languages spoken as you walk down Market Street. Even Constantinople in its heyday would have been blown away by how diverse my closest city is.

There’s a similar vibe when heading into my hometown of Ashton-under-Lyne. Polish shops have started appearing and the market is chockful of traders of different cultural backgrounds. The Eastern Block community is very much on the rise, something I greet with open arms personally. I’ve worked with many people from that area of Europe—Polish, Bulgarian, Ukrainian, and so on—and have always found them to be pleasant and hardworking.

Britain prides itself on being a nation of acceptance and tolerance. The large majority of Brits accept immigrants with open arms and wish to integrate with them. There are always going to be those people who aren’t quite as accepting too. Not everyone is happy to see neighbourhoods springing up that are monopolised by certain sects of society. This vociferous minority is outweighed by a more socially-minded majority.

My take on people has always been that I don’t care where you’re from, what religion you practice, what colour your skin is, what sexual orientation you are, etc. As long as you’re a decent person with morals, but not overly sensitive, then you’re my kind of person. I may be an average, white man, but that doesn’t mean all my friends are average, white people. What good would it do me to keep myself exclusive to one subgroup of people? What would I learn about anything?

There is, however, one slight issue I have with the multiculturalism boom in the UK.

Every place I’ve ever visited in any other country has had a strong national identity about it. Prague is a unique place unlike anywhere I’ve ever visited. I can only assume it’s inherently Czech in design. I’ve been to various places in Turkey, Greece, and Spain. Sure, one beach destination is more or less like any other beach destination, yet every place I’ve been to I know that I’m in either Turkey, Greece, or Spain. You just know. You can feel it. There’s a culture about each of the places that screams it. Hamburg is a city like most others; even there I just knew I was in Germany. It was dripping over everything, even despite a very prominent Turkish population across the city.

All places I’ve visited outside the UK have had a certain vibe about them that separates them from all other places. I love that sensation that I’m in a unique place with its own set of values, ideals, and ways of life. When I go somewhere I want to be treated with what makes that country, that location, different to everywhere else I’ve ever been. There’s a certain romance in that for me.

My issue with the UK is that it seems the inherent British identity has been lost beneath the veil of multiculturalism. It’s as though most of what Britain used to be has been hidden to usher in something new and better. This disappoints me because I don’t feel it’s right for any place to have its history and identity completely hidden and/or altered. Despite its grotesque history, you don’t see Auschwitz being altered. The Polish recognise it as something that the past should always be: a message to the future and not to make the same mistakes again.

I say that, but then I wonder to myself: what does Britain have to be ashamed of that it should bury its history and identity? Our colonising half the planet perhaps? The fact blatant racism and homophobia was allowed to run rampant throughout the country for the longest time? These are bad things for sure and I certainly feel no pride in them. Britain hasn’t been the best or nicest of places to others and has its crosses to bear like most other countries do.

It isn’t like Britain’s history is all bad though. We were the first European nation to abolish slavery. Manchester kickstarted the industrial revolution. The telephone was invented in Britain. The train was invented in Britain. We’ve actually contributed a lot of great things to this world. Except Oasis. That’s one thing we should be held accountable for and I personally apologise to the rest of the world for their dreary, boring music! Seriously though, Britain has a lot to be proud of.

It concerns me that our proud history is being glossed over in an attempt to look more accepting and tolerant to the people of varying cultures who live amongst us now; as though making them feel at home is somehow more important than feeling at home ourselves. We should be ramming our Britishness down everyone’s throats in the subtle ways they’ve managed to ram their culture and ways of life down my throat when I’ve been to other places. I don’t dislike that this has happened. I welcome it with open arms. When I go to Greece I want to know I’m in Greece. Smash a plate in front of me and perform Zorba’s Dance! Hit me with that Greek!

I saw an interview once where a man described the English flag, the Cross of St George, as the most racist flag in history. As you can imagine, his opinion went down like a lead balloon. That isn’t the point though. Because idiots like the EDL (English Defence League) go around carrying the English flag for a cause they don’t really know anything about it doesn’t mean that the flag is now a symbol of racism. Would we associate the Spanish flag with paedophiles if they suddenly adopted it as their symbol? I know it’s not quite the same thing, you get the picture though. To claim the English flag is racist because of a far-right group and because England were once active in the slave trade, like every other European nation was, is an extremely narrowminded opinion.

I’m not insinuating for one moment that we stop being multicultural. I want to be able to sample the delights of other countries in my own backyard. What I don’t want to happen is for my country’s identity to drown in a sea of multiculturalism. I’m no patriot by any stretch of the imagination, but I am an Englishman, a Briton, and I don’t want to be made to feel like that is something to be ashamed of or to hide. I don’t want to see Britain become a mishmash of everywhere in the world. Its Britishness should always stand out above everything else.

This is the most patriotic article you’ll ever see me post. Now back to being a cynic who hates living in Britain…

On the subject of multiculturalism, the Manchester Christmas Markets have arrived. If you fancy getting aggravated by swarms of punters, drinking overpriced beer, and eating overpriced food then check it out. No, really, it’s actually quite a good place to visit if you pick the right time of day and a nice festive novelty. Open until Saturday 22nd December (the Albert Hall section is open until Sunday 23rd December).

7 thoughts on “Is Multiculturalism the Death of British Culture?”