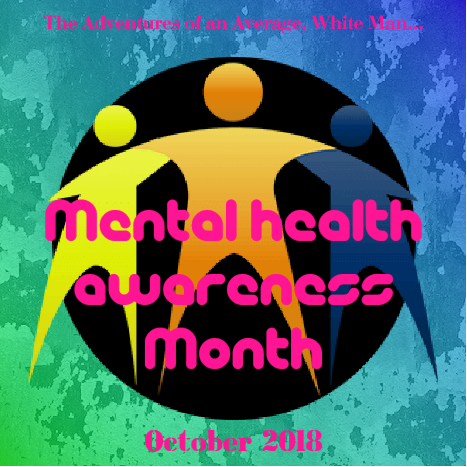 Why am I here? Why have I chosen to sit in this godforsaken waiting room? What an utter waste of time!

I look around and not a single pair of eyes look back at me. They’re either directed at the floor or staring into space. All four of the other waiting people look awkward.

One in particular seems petrified. She’s a young woman of perhaps only twenty. She’d be pretty if she made an effort on her face and put a brush through her hair. As it is, she looks like she slung on the first bunch of clothing she could find and then got dragged through a hedge backwards. Nothing she’s wearing matches. What a sorry sight!

Like I can judge. I woke up late and had to forgo a shower in order to make it here on time. I’ve become extremely poor at getting out of bed at the time I’m supposed to. Like the woman across the room, I must look a state myself. Ah, well!

I check my watch; thirteen minutes past my appointment time. Typical! I make a random observation that I appear to be the only one in the waiting room with a watch. I guess everyone is happy to use their mobile phones to check the time nowadays.

Finally! My frustration doesn’t show on my face and I smile gratefully at the receptionist as I stand and make my way to Dr Hurst’s room, a room I need no directing towards.

Even though she’s expecting me, I knock lightly on Dr Hurst’s door before letting myself in. I look immediately to where I know she’ll be sitting and there she is, the woman I’ve come to see. She’s attractive, despite the fact she’s at least twenty years my senior, and I have no shame in admitting to myself that I have a little crush on her.

“Hi Vanessa. How are you?” I ask as I take my usual place on a couch across the way from hers.

“It’s been another busy week. I’ll be glad when my holiday comes around next month.”

We’ve talked briefly about her upcoming holiday to The Azores with her husband and I’ve wondered what she might look like in a bikini. “I wish I could afford a holiday!”

She shoots me a warm glance. “We’ll get onto your financial issues shortly, but first we’ll keep it more general. How are you Karl?”

“Frustrated. I’m seeing no change in how I feel to be honest. This is our fifth session and I haven’t noticed a difference.”

“That is perfectly normal. These things take time. Other than that frustration, how have you been feeling on a daily basis?”

“Still tense. Still nervous. Still wondering why I bother getting out of bed in a morning.”

“You’ve said before how work makes you nervous and that your manager is a big cause of it. Tell me a little more about your manager.”

I let out a smirking sigh as I think of all the things I’d like to say, though I should probably be a little more pragmatic and tactful than that.

“Don’t hold back. Say what you really think and feel.”

It’s like she just read my mind! “He’s a bastard! A micromanaging bastard! You can’t do a single thing in that place without him having some kind of problem with it.”

“Why does he manage in that way? Could it be that he’s under pressure from people above him?”

“No… I don’t know. Maybe… I suppose. He could still go about management a different way.”

“Do you feel he targets you?”

“What’s the reason for that?”

“I get on with my work and talk to nobody so that he has no reason to target me. That doesn’t mean I don’t feel the pressure. One mistake and I know he’d be onto me.”

“Have you spoken to him about how you’re feeling?”

“I don’t feel comfortable speaking to him. He’s unapproachable.”

“Managers have a responsibility to their staff. If you have problems—”

“I don’t want to talk to him about my problems!”

“Okay, that’s your prerogative. Let’s move away from work. You mentioned two weeks ago that you don’t feel appreciated by the people around you. Can you elaborate on that?”

I delve into my brain for an answer until I realise she can see that’s what I’m doing. Just say what you feel. “It seems like they’re only there when it suits them. They get what they want from me and then disappear into the ether until the next time they want something.”

“And how does that make you feel?”

“Lonely. Like it’s me against the world. I don’t have the strength to take the world on alone.”

She crosses her long, shapely, tanned legs and my mind wanders momentarily to explicit thoughts. I get that sensation she knows what I’m thinking again and will myself to eject my lewd fantasies until later.

“When you feel especially lonely, what do you do to cope?”

“Think to a time when you’ve felt it lately and what you found yourself doing.”

“Try to distract myself I guess.”

“My phone. The TV. If I’m at work I’ll try to immerse myself in the customer’s problems.”

“Do these things help?”

“I wouldn’t say they help as my issues don’t go away. I’m just pushing them aside. They never go away.”

“Do you ever allow yourself to fully experience what you’re feeling?”

“What do you discover when you do that?”

She offers a reassuring smile to urge me to continue.

“Have you ever attempted suicide?”

Again, I pause. I know this is her job, but I still feel uncomfortable admitting truths I’ve kept hidden from the world. “Once. No, twice.”

“That was something you didn’t declare in phone consultations.”

“That’s because it’s something I haven’t declared to many people. It’s not something I’m proud of.”

“I’m beginning to believe pride might be your most dangerous adversary. I know you’ve thought these sessions are pointless and I know it’s because you think yourself above such therapy.”

“This kind of thing is for crazy people. I’m not crazy. I’m a normal bloke who’s struggling a bit.”

“Nobody has intimated that you’re crazy nor anything other than normal—apart from yourself.”

Silence. It’s a silence she allows to continue purposely because she knows there was awesome power behind her words. This woman is good! I think I’ve known it all along: I’m my own worst enemy. I am extremely proud. It took a lot of convincing to get me to this stage. Maybe it’d be better if I shed my pessimism and start to take these sessions seriously.

She continues. “You’d be surprised how many people I see that are just like you: a normal, working person. Most of you initially believe this process to be a waste of time; every single one of you end up realising it was very necessary!”

“How does talking to someone stop a person from having self-destructive thoughts?”

“Talking to me won’t do that; listening to yourself will.”

There’s so much profundity in that one sentence that it almost bowls me over. It’s taken a number of sessions to reach this point. I see now that Vanessa has been slowly leading us up to this moment and I’m struck with clarity. For the first time in a long time I can see a path that leads to the end of my struggles. Although the walk down the path will be long I at least know I’ve got someone who’ll guide me down it. Now I know why I’m here.