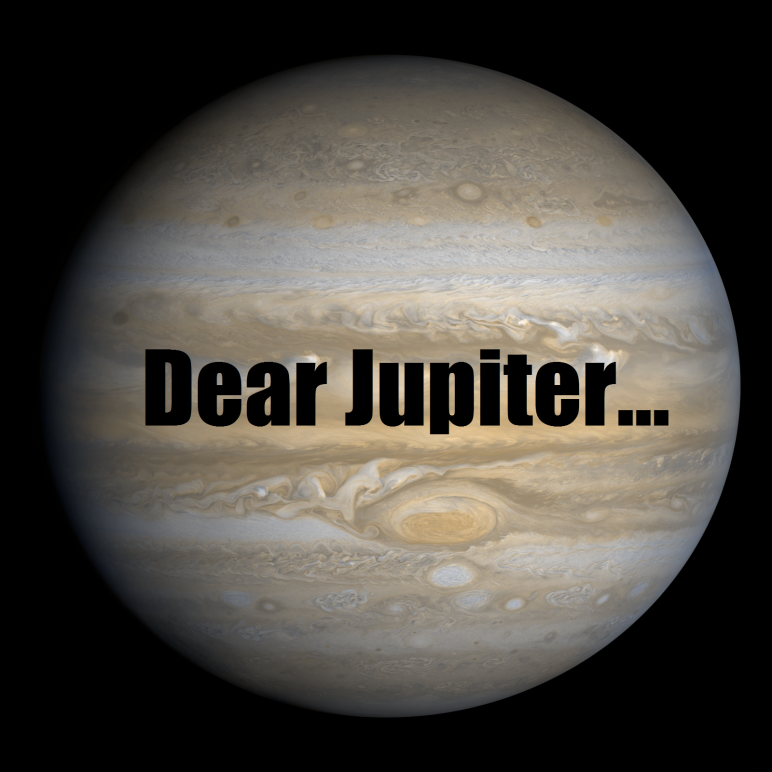 This world is a beautiful place. It has diversity. It has colour. It has life. When the sun burst into existence 5 billion years ago and created Mercury, Venus, Earth, Mars, Jupiter, Saturn, Uranus, and Neptune, our parent star definitely gave the third planet on the list the most exciting role. Earth has so much more going on that other planets don’t.

Mercury is a small, rocky, dead world with almost no atmosphere. It’s a crater ridden ball speeding around the sun every 88 days at a distance of between 29,000,000 and 43,000,000 miles with extremely little of interest on its surface.

Venus, known affectionately as Earth’s twin because of its similar size to our Eden, is dead in a much different way. Its atmosphere is comprised of choking clouds of sulphuric acid and carbon dioxide so thick that sunlight can’t penetrate them. This creates a runaway greenhouse effect meaning that the heat energy it receives from the sun is trapped in the atmosphere. Resultantly, Venus has a mean surface temperature of 462°c; hotter than any other planet in the Solar System. Couple that with its atmospheric surface pressure of 9.2 million Pascal units (92 times greater than the atmospheric pressure on Earth’s surface–the equivalent of the pressure felt 900 metres below sea level!) and you can probably deduce that Venus is Earth’s twin in comparative size only. In all other respects, Venus is probably what one might envisage as hell.

Mars is rumoured to have once been a verdant planet with rushing water and, perhaps, even life. However, it was simply too small to hold onto its atmosphere in the face of the sun’s relentless solar winds meaning it lost all of its water and, thus, its potential to harbour life. Signs of its past dot the surface in the form of mighty dormant volcanoes–the grandest of which being Olympus Mons which towers 14 miles above the surface (more than double the height of Earth’s tallest mountain, Mauna Kea)–and the unimaginably big Valles Marineris (Mariner Valley); a canyon so big that the Grand Canyon would fit in one of its estuaries. It’s a shame that we can’t rewind time and see these geological features being created. The only real activity on Mars nowadays comes in the form of immense dust storms; some of which engulf the entire planet.

Jupiter and Saturn, as beautiful as they are (and they are truly beautiful in their own unique ways), are nothing much more than gigantic balls of gas while Uranus and Neptune are similar on a smaller scale, but comprising of ice also.

We can conclude from this that Earth is truly unique and very special. It has all the surface features of the other three rocky planets combined and a million more. It’s the right size and the right distance from the sun to have allowed life to begin, evolve, and flourish. The trees, plants, and animals that exist here simply don’t exist anywhere else in our galactic neighbourhood. There are rumours of life maybe existing elsewhere–Jupiter’s moon Europa the prime candidate–but the likelihood of it being anything more than basic life is slim. Yes, Earth has given rise to more than 95% of what’s amazing in the Solar System.

The positivity of this post grinds to a halt here.

There is one lifeform on our planet that was given a gift by nature. It’s a gift that has been abused in the worst way. The gift: conscious thought. The lifeform: human beings.

It’s my absolutely unwavering belief that the worst thing planet Earth gave rise to is our species. It didn’t have to be. Armed with conscious thought, we were capable of achieving so much. I suppose we have in many ways. Our progress perhaps looks something like this: 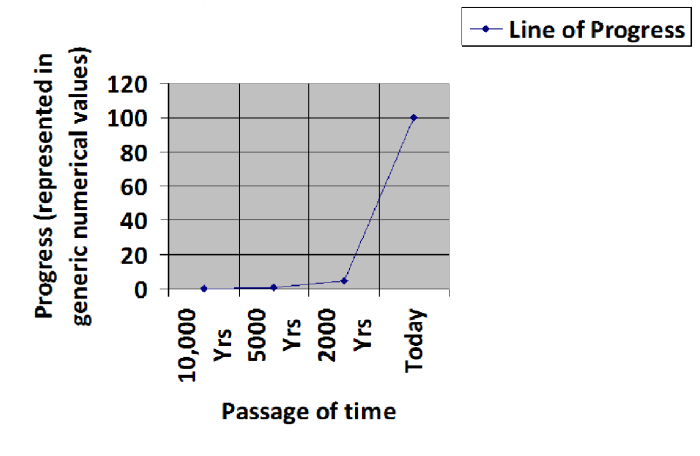 I would say that’s a fairly accurate, if rudimentary, chart. As a species, humankind has achieved a lot and the volume of the achievements has increased exponentially as time has passed. Aren’t we a clever bunch? That’s a rhetorical question. We are very clever. Let’s give ourselves a pat on the back for our cleverness.

So if we’re so clever, why am I so insistent that our presence is akin to a lesion on Earth’s pretty face? This isn’t a rhetorical question and I shall answer it forthwith. The reason I feel that way is because we treat Earth with all the respect that bottom-feeders treat a whale carcass. We treat this planet as though it’s ours to abuse. We litter. We fill the atmosphere with crap despite knowing the harm that the crap causes. We disrespect the lives of all the other species’ that exist here—flora and fauna. We disrespect one another. We juice each area of Earth of all resources before moving somewhere else to juice all the resources there as well, much like a virus does to a living body.

You want more? We’re hateful. We’re vengeful. We’re spiteful. We’re selfish. We kill others in the name of things we created, e.g. money, religion, power, etc. We hurt one another’s feelings, often for nothing more than a bit of self-serving fun. We’re judgemental of those who don’t think what we think and believe what we believe. We sell ourselves—and our identities—for acceptance from others. I could go on, though I think my point is made.

For all our greatness, I think humankind is a disease of this beautiful planet. Lower than a disease really. You don’t see viral cells hurting and killing each other out of spite. As time goes on, we as a species seem only too happy to forgo all that’s natural to every living thing in favour of what our collective conscience tells us is right and wrong. It’s almost as though we’re sticking our middle finger up at nature and saying, “Our conscious minds are stronger than you are.” It’s true, isn’t it? You get people nowadays who decide they don’t like being the gender that nature picked out for them so they either change their gender medically or–I love this–declare themselves ‘gender neutral’. Bravo! Absolutely brilliant! I saw a poster of a ‘man’ who didn’t wish to be defined as male or female, but instead as ‘they’. So not only does this person wish to be defined as neither male nor female, they also wish to be defined as more than one of what ‘it’ is.

We’re taking nature, chewing up what it has to offer, and spitting it back in its face. We are actually arrogant enough to believe that we are somehow better than nature. We’re above its rules. Apparently, nature doesn’t get a say in what and who we are.

That mind-set, to me, is going to be our downfall. We will pay for disregarding and disrespecting the wishes of nature. It won’t forgive us our misdeeds. I’m personally happy to accept whatever punishment may come our way because I genuinely feel we deserve it. We’ve taken the piss for far too long. At every turn we’re all too happy to defy our natural instincts in favour of rules that our gift of consciousness made up. It’s too late to turn back now; not that we ever would. Nature will come for us.

At this point, I would like to write a heartfelt plea to Earth’s cosmic neighbour: the great protector and potential destroyer, Jupiter. For a long time, that huge planet, a thousand times the size of ours, has been there hoovering up any dangerous debris floating around in space with its strong gravitational pull. Little do most of us realise that this gravitational pull also has the potential to shift the orbit of any one of the asteroids present in the inner Solar System. That means that, one day, Jupiter could well nudge an asteroid into a direct collision course with Earth. If you don’t think that might happen then perhaps you should consult with the dinosaurs that were wiped out 65 million years ago and see what they think. Anyway, my letter:

I have a request to make of you that I shall endeavour to keep brief.

The planet Earth is broken. Humankind is the species responsible. She must be fixed to give her a chance to right herself again. Humankind has no interest in performing this fix.

I ask of you to see that your galactic neighbour is protected from any more harm by sending one of your sentinels, the asteroids, the way of planet Earth. In the same way a vaccination clears up a virus in humans, the injection of a large rocky body into Earth’s surface might well clear up the infection that is humankind. After a period of adjustment, I have little doubt that Earth will feel much better.

Without your administering this galactic flu shot I fear that Earth, and all of the good things about her, will soon be destroyed. Humankind will have done its work. The likelihood is that humankind will obliterate itself in the process; however, there is also the slim possibility of it spreading elsewhere and performing the same atrocities—perhaps on one of your moons. Do you really want that looming over you?

Do Earth a decent turn and fix her suffering. Please, before it’s too late.

Am I being serious here? Make your own mind up about that. Humans are the only beings on the planet who make me angry enough to wish for the demise of a species. We’re scum!

I think we all need to take a look at ourselves and administer great changes. We need to stop with our base greed and materialism and start to realise what is actually important. Placing importance in things that really aren’t that important is what is going to decimate this planet and cause our eventual decline. We can change if we try. We can save ourselves. I doubt we will though…