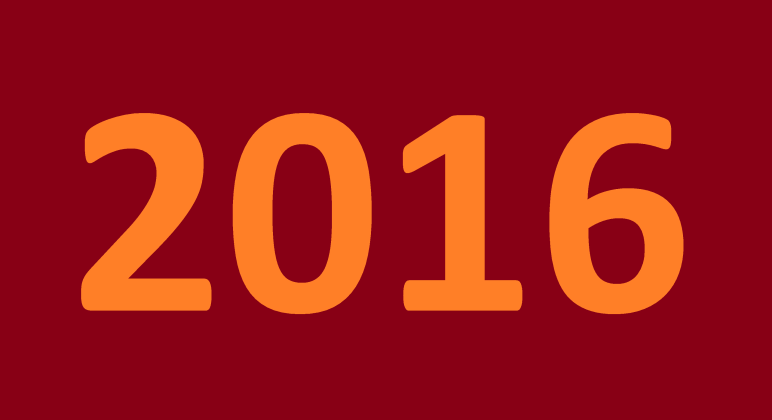 I love New Year. I love it in an ironic way. I love the cringeworthy end of year reviews people do as posts on Facebook and the like. I purposely avoided reading most such things here on WordPress as I often don’t buy into the whole ‘new year, new me’ time for self-reflection thing. I think it’s something most people do just because they think they should. The way I see it is if somebody wants to change then they should do it as soon as they can and then review their life as a by-product in conjunction, not leave it until 1st January. As ever, that is just my opinion and I’m certainly not saying my philosophy is right so please take what I say with a pinch of salt if you disagree.

2016 was quite crazy if just from the celebrity death toll standpoint. The list of famous folk who died is twice the length of both my arms! There were some serious icons included in the list and everybody feels a certain something when an icon dies, even if they aren’t particularly sad about it nor a fan. None of the celebrities that passed have left massive holes in my life, but I appreciate the legacy they leave behind; especially in the case of David Bowie. Life on Mars and Ashes to Ashes aren’t just phenomenal TV shows; they’re phenomenal songs.

On a personal level, last year was really quite uneventful in the main. I’ve certainly encountered more hardship and drama in previous years. That said, I will run down the top five events that left some kind of an impression on me for better or worse.

I finally finished my novel – In October 2015, I finally decided (after about five years of procrastination and being lazy) that I was going to start working hard on my novel The Escapades of William Hart – Revenge on the Spanish Main. I made a pact with myself to write at least a page every day until it was completed. I completed the first draft on 17th May this year and only failed to add to the story on three days (6th Dec ‘15, 25th Dec ’15 and 16th Jan ’16). I added 1,214 pages to the 350+ that were already there. To say I worked my arse off is an understatement. Since completing the first draft, I’ve completed a second and third draft whereby I’ve edited and reedited any mistakes and changed a few details.

This story is the one I intend to send to agents in the hope of getting published. I don’t necessarily expect to be published this year. In fact I expect a fair few knockbacks before the story is picked up by anybody, but I have great faith that this story is good enough to be published. I have faith that the subsequent novels I plan to write in the series are going to be good enough also and work is already underway on the second instalment.

I’m excited by this story. I feel it’s strong and that’s even with the heavy criticism with which I regard my work. Even with its shortcomings (and there are a few), I still feel it competes with the best adventure stories I’ve ever read. Hopefully an agent and, more importantly, a publisher will agree.

Jim Gannon returns to Stockport County for third spell as manager – I’ve lost my affinity towards football. I think it’s a great sport that has had its soul completely tarnished by money, greed and corruption. It’s not about the fans anymore. All they’re good for is adding that little bit more to the club coffers and indeed the coffers of the advertisers and Football Association

Nonetheless, my heart belongs to Stockport County Football Club and it shall never be torn in twain by another. I may not have gone watching them in over two years (partly because of money and a lack thereof, partly because watching them was depressing me), but they are the only team in the world I truly care about seeing do well.

It has been a tough decade for us Hatters. We’ve plummeted four divisions and have even struggled to hold our own in the regional division we now occupy (Vanarama Conference North). There was a temporary high point when Jim Gannon managed us to promotion from League Two (fourth tier) to League One (third tier) in 2008, but between 2010 and 2013 we slipped down to the level we are now at. Jim Gannon even returned as manager between that period (unsurprisingly the one season we DIDN’T get relegated), but was unceremoniously forced out for a second time.

After yet more managers came and went, we lured Jim Gannon to us for a third time in January 2016. It took a while to get going, but things turned around and a strong finish to last season had us feeling confident heading into season 2016/17. We now sit just a couple of points off the playoffs and on a seven match unbeaten run heading into a tough run of fixtures. Once again, Jim Gannon is working his magic and helping to rescue my beloved County from the doldrums. Why is it so important to me? Jim Gannon is one of my footballing heroes and a true County legend. He loves the club and manages us with passion and pride. If anybody is going to get my club back where they belong, it’s Jimmy Gannon! He’s tempting me out of my exile and I will end it as soon as finances allow me to. 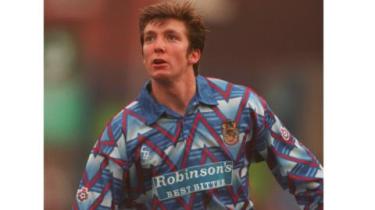 Gannon as a player for County (Image from bbc.co.uk) 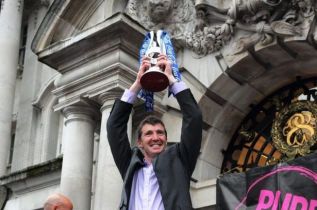 My mum was diagnosed with pancreatic cancer – If you don’t know about this already then you haven’t been keeping up with my blog. November 5th; Guy Fawkes Night over here in Britain; is a date that will be etched in my mind for the rest of my days. The day cancer crept into my life. Am I stupid for thinking something so common wouldn’t eventually come so close to home?

I won’t go too in-depth with the story and instead link you to Living the Dream Part 7 (Blogging) where I explained what went down if you’re interested to read it.

What I will say is that my mum is now at home recovering after surgery when she was initially told that the tumour was inoperable. That’s why Professor Ajith Siriwardena (pictured) is a damned legend! We may have missed this Christmas with my mum while she was in hospital recovering, but we gained many, many more from henceforth. Cancer really did not know with whom it was fucking on this occasion! 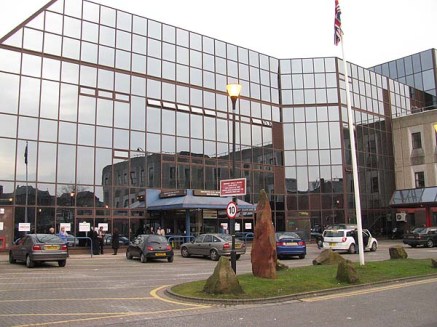 I started blogging – What can I say? Blogging has been the highlight I honestly never expected it would be. I went into it with reservations. Unsure of how people would take to it, of what to even blog about, whether I could adapt to different styles after spending so long writing third person fiction…all the doubts were there.

What I did was I took the doubts and shoved them. I started writing about what I wanted to write about without any strict theme. That’s where I came up with my blog motto “The world is a subject with many subcategories. Why not talk about them all?”

My blog existed for a month before I actually posted for the first time as I prepared a few pieces to give me a head of steam. I rarely blog off the cuff as I’m a bit meticulous in that regard, but I am becoming more fancy free as the months roll by.

I enjoy blogging. I enjoy the tests it throws at me in terms of my writing abilities. I’ve met some awesome people since I started and I’m very happy with the success garnered in a reasonably short length of time (94 followers and 4,169 views in just over four months…and counting). It’s been a joy to enter this world and benefit from it as much as I have. I have my bad days where I’m not happy with how few views and/or likes my posts get, mainly because of how badly my Mixcloud venture fell on its arse, but I’m happy in the main, especially as I’m getting to do what I love doing a lot of the time now and in varying ways rather than just endlessly working on the one project.

The Olympics – I took a greater interest in the Rio Olympics than any other Olympics before and I enjoyed it immensely. It gave me a sense of national pride; something I really don’t feel very often. There were some heroic performances and heart-warming moments that you simply never see in football anymore. I pity those who don’t bother watching the Olympics.

The fun I had watching wasn’t limited solely to the performances of Team GB. There were some incredible moments from athletes of other countries also. Who didn’t want to see Usain Bolt achieve his nine gold medal tally? Michael Phelps was as phenomenal as ever; a guy I absolutely idolise as a former swimmer myself. I really felt the pain of Oleg Verniaiev when he just missed out on gold in the individual all-round men’s final in gymnastics. It was a definite sporting treat and not just a patriotic glory hunting show.

I can’t wait for the next Olympics and will no doubt be tuning in for as much of that as I can too. I really can’t see how Great Britain can top their performance in Rio, but then I think we all said that after London 2012. It would be nice to see us close the gap on USA that little bit more as their dominance admittedly kind of grates on me, but then it’s easy to hate the best. Not that I hate USA. Well…maybe a smidge. Haha. Jokes of course. I don’t want to start bleeding American followers!

So there is my list of five memorable things that happened in 2016. I could have added other things like how amazing Series XI of Red Dwarf was and a whole host of things Caellum did that made my heart melt. There’s also how heroically Matthew (my girlfriend’s son) came through his bone graft operation and took it with more dignity than you see in most adults. Definitely proud of that. Oh yeah, Brexit. Zzzzzzzzzzzzzz!

On reflection, 2016 wasn’t terrible. It wasn’t brilliant either. It was just another year with things that happened, both good and bad. Significant in some events, forgettable in others.

How was your 2016? Were there any defining moments in your year? What do you make of the events that took place in mine? Leave your comments in the usual place and I will endeavour to reply as soon as I possibly can as always. Thank you for reading!

59 thoughts on “Paul.E.Bailey’s World – Five Memorable Things That Happened In 2016”