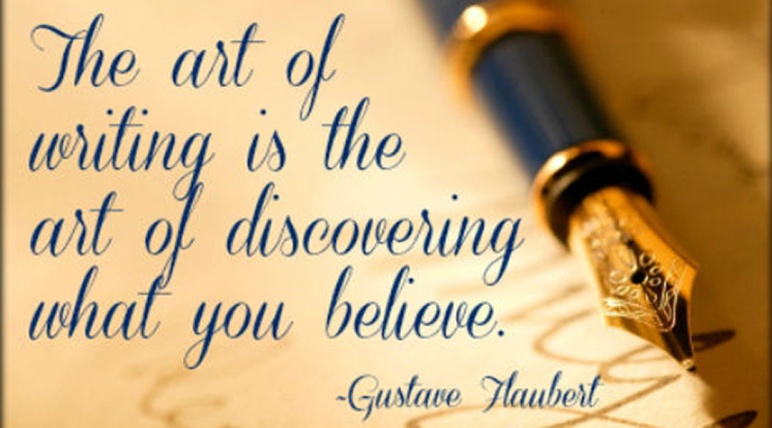 Welcome to the second instalment of Living the Dream; the blog series that focusses on my writing. Today I’m going to take a look at something that has always simultaneously been a pleasure and a pain.

Whenever I write a story I always feel some kind of connection to the characters I create. How can a writer not? They’re a personality; a life that you’ve created using your own imagination. Some you’ll feel more about than others, but you’ll feel something no matter who they are.

You know in your mind exactly what they look like, what they sound like and the kind of person they are. All the ingredients are there.

Alas, I’ve always had a kind of mental block when it comes to actually describing their appearance in my writing. I don’t quite know why, but my literary skills seem to take their leave of me during those parts of the story. I’m left feeling the descriptions are something akin to what an eight year old might write. Honestly, I struggle so much with it.

Perhaps I’m being too harsh on myself, but when I recall into how much detail my favourite author, Clive Cussler, goes when describing characters in his stories I can’t help but feel my talents in this area are left wanting. There again, I’m probably setting the bar quite high. Cussler is nothing if not a literary legend.

What I’d love to do now is talk about the characters from the series of stories I’m currently penning (well, typing to be entirely verbatim); the stories that I’m hoping see me realise the dream of becoming published. However, I can’t give away spoilers. Rather frustrating as I could talk about my stories all day, but I guess we’ll all just have to wait.

I can talk about characters from previous stories though and the profound effect they’ve had on me if any, so I think I’ll write a few short notes on some of them.

In the first ever story I wrote, the main character was a mouse named Guerrero. If you read Living the Dream Part 1 then you’ll know I more or less wrote a Brian Jacques Redwall story, but it was actually set on the Rock of Gibraltar hence the Hispanic name of the main character. He was the hero; a young warrior who led an army to defend their kingdom against invading forces.

Despite his young age and slight stature (a slight giveaway as to how he came to be named what he was) Guerrero was brave, noble and tenacious. He’d guide the army to victory against the odds and slay the general of the invading army by his own hand. A true underdog; or if you will, undermouse; story.

The story was short, but Guerrero was certainly the star of the show. The part-written second instalment ran parallel to the first and was about another mouse from England called Martin. Unlike Guerrero he was a seasoned army veteran; strong, unyielding and stoic. His story was one of an epic voyage from England to Morocco; passing through Gibraltar and encountering characters from the first story along the way.

I forget the point of the voyage, but I know I liked Martin more than Guerrero. Perhaps I gave his character more thought and that made him more rounded somehow. I really can’t remember for definite, but I know that he gave me many moments of contemplation and even strength during a difficult period of my early teens.

Moving on, in my Horror Holiday stories the main character was a tall blonde guy with the physique of a Greek god. Yes; Jason Walker was the man teenage me aspired to become. I’d like to point out that he wasn’t my alter ego. He was nothing like I am. He was blonde, had blue eyes and was from Ashton-under-Lyne. All similarities ended there. He was nigh on flawless (at least in my mind).

Jason got his name in homage to Jason Voorhees of Friday 13th fame and I pretty much made him a genetic blueprint. He was also greatly intelligent and irresistible to women. Even the antagonist, Asesino, was way ‘above average’. Then there were the other characters and I honestly loved them all in their own way. Some were based on friends, some on famous people I liked, while some were just figments of my own teenage imagination.

But Jason was definitely the main attraction with Asesino a very close second. The former managed to have a blowout holiday in Ibiza whilst sleeping with a host of women (in spite of the death and carnage going on around him) and Kung Fu fighting with the maniacal serial killing Asesino on a few occasions along the way for good measure. Definitely a holiday to remember.

Asesino himself had to wait until the second story before we really got an insight into who he was. His story was actually quite a sad one in the end which sort of had me (and even Jason) empathising with him, but the bad guy must always meet a sticky end; especially if he’s butchered about fifty people along the way! In the second instalment, I added Asesino’s backstory and we meet one of his friends from before he went crazy who crosses a lot of t’s and dots a lot of i’s. It definitely made him ‘human’; something that he wasn’t in the first.

My next main project was the as yet unfinished A Love Worth Dying For; my first stab at a more romantic story. The main character in this story; a man in his late twenties called Mark Woodward; was similar to Jason Walker insofar as he was a womaniser. However, he wasn’t a six foot four inch hunk of muscle. A deeply good-looking man, but not Mr Universe.

Mark had spent the majority of his adult life flitting from woman to woman. Indeed the start of the story reads like it’ll be a diary of his conquests, but then he happens across a girl he knew in school and everything changes from there.

I haven’t written too far into the story, but as I already know the outcome, I have it mapped in my head the kind of changes Mark undergoes as a character; not to mention the physical changes. Perhaps the reason I stopped writing it is because I found Mark mirrored me as I was then and the thought of where the story heads might be something I don’t wish to contemplate. Who knows?

Characters are the food and drink of any story. In my latest venture I’ve taken them more seriously than in any other; so much so that I’ve written character profiles and backstories for the more major ones. More so than ever in my writing history I feel a huge connection with so many people who are a figment of my imagination. These people don’t exist and yet I feel so much for them.

I know exactly who they are. If I met any one of them I’d know exactly what to say to endear them to me. I’d know what not to say as well. In my imagination they are real people with real emotions and real personalities. In my imagination they are all alive and well three-hundred years ago. I love them. They’ve affected me in greater ways than most people I’ve ever physically met.

Now, if I could just work out a more eloquent way of describing their appearance…

Have you ever created a character that had a profound impact on you personally? Do you share a similar problem as I where describing their appearance is a stumbling block? Do you wish to create a character but can’t quite get the blend right? Any questions and comments will be answered as ever; just pop them down below.